What does that mean?

These are just rumors with no factual basis, and still they were featured:

Yes, naturally people shouldn’t believe everything they read, but that is exactly why fake news were so popular up until a couple of months back – because people do believe in what they read online.

If only this has been the only time Google made such a mistake.

Two years ago, a question about “what happened to the dinosaurs” sent people into a creationism website.

Three years ago, Google actually said that Obama was the king of America: 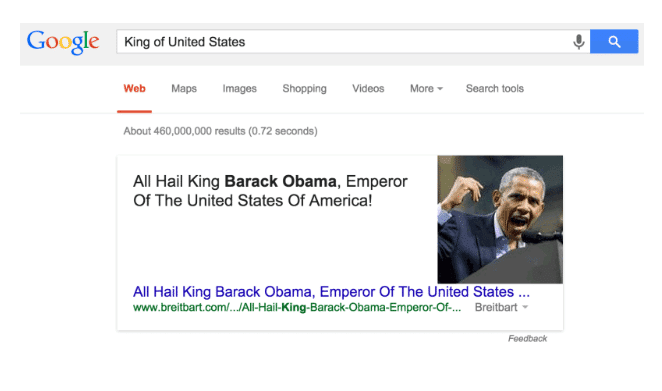 We aren’t saying that Google is infallible, but we are saying that if we can’t use trust the internet to provide us with real facts, than it doesn’t matter where we find them and if we believe angels fly around us, right?